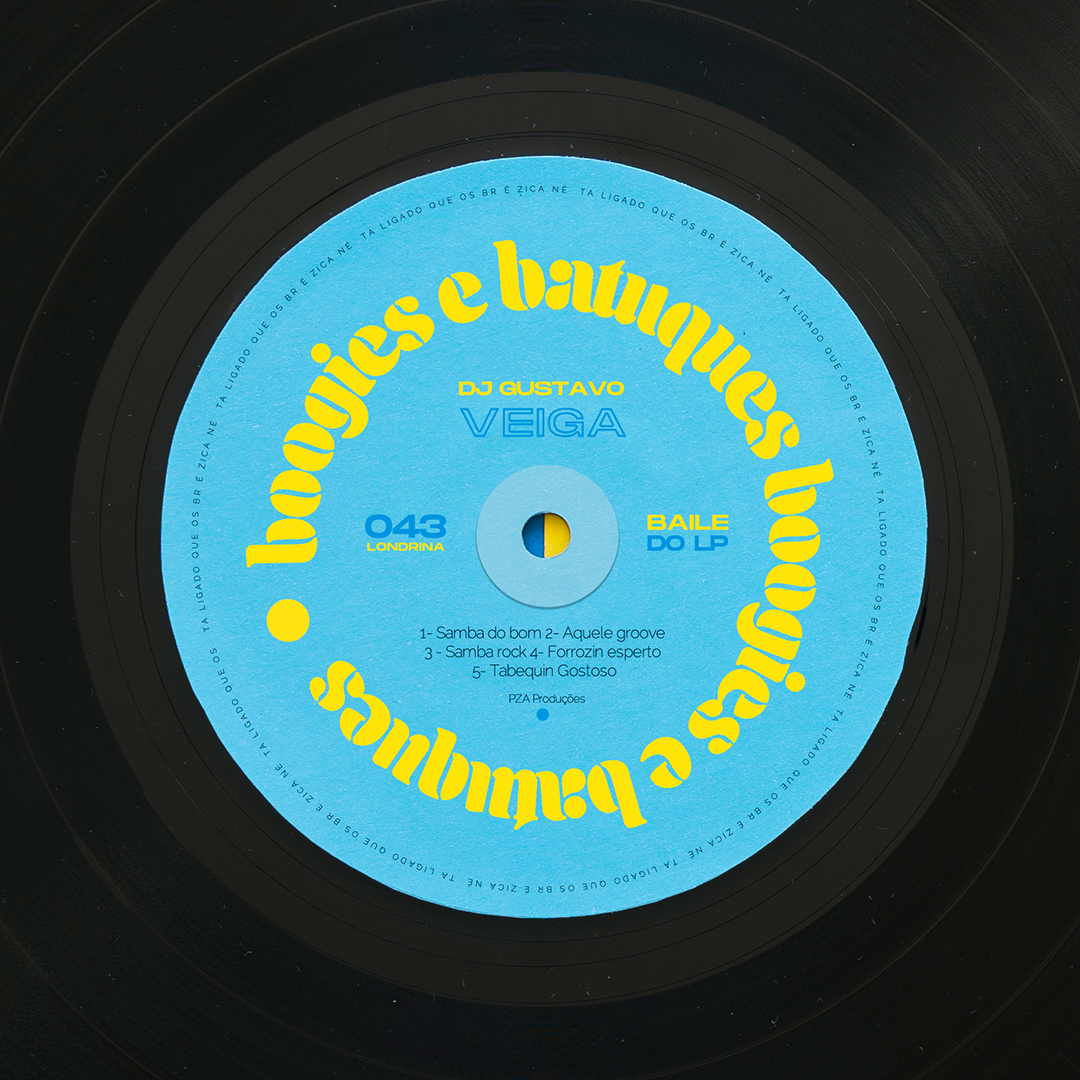 Gustavo Veiga is a DJ and record collector from Londrina in Paraná, Brazil. He started to put himself into record players and vinyl collecting in 2014, when, in partnership with a friend, he founded a record store, where records, bazaars, and DJing became part of his routine. Over time he started to stand out when playing at events, using only LPs. He focusses on many different styles like afrobeat, funk music, salsa, jazz, including hints of cumbia and carimbó. In his hometown, he produces and plays at the “Baile do LP” party and is the founder of “Coletivo na Agulha Discos”, a large group made up of DJs, artists, and selectors who intend to bring vinyl culture back to the scene.